A Future Worth Fighting For

After a life-changing trip to the Elephant Watch Camp in Kenya, Doutzen Kroes made it her mission to raise awareness about the disappearing African elephant. Here, the Dutch supermodel shares stories with Alexandra Weston, Director of Brand & Creative Strategy, Holt Renfrew, about her #knotonmyplanet initiative, the Elephant Crisis Fund, and what we all can do to give these gentle giants a fighting chance.

Can you imagine a future without elephants? These majestic animals have never failed to capture our imaginations. They’ve awed us from the time we were children—thumping around with our friends, trumpeting away, and curling an arm to use as our long trunk. The thought that they could vanish isn’t only terrifying, it’s now a very real possibility. 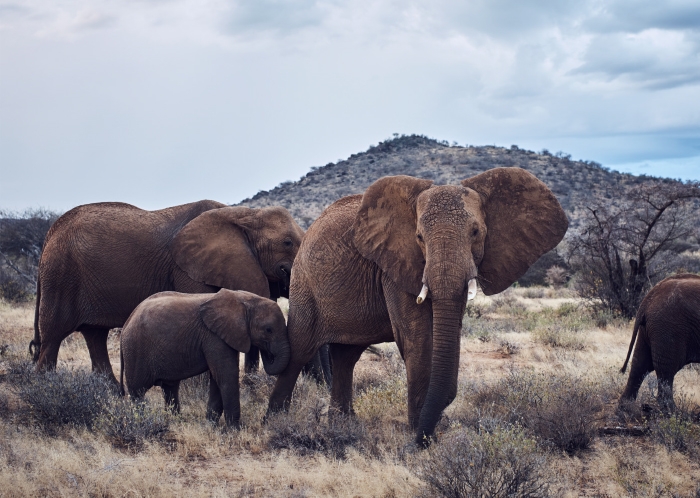 Doutzen Kroes knows this all too well. In fact, she saw the effects of ivory poaching on the African elephant first-hand. It was a moving experience, and now she’s determined to do something about it. Along with David Bonnouvrier, the founder of DNA Models, and his partner, Trish Goff, she started the #knotonmyplanet initiative, and rallied fashion brands, designers, and models to help raise support for the Elephant Crisis Fund—an initiative of Save the Elephants and the Wildlife Conservation Network to support efforts to stop the killing of elephants and the trafficking and demand for their ivory. To date, they have supported more than 180 projects by over 80 organizations. The hard work is paying off, but to help prevent the elephant from disappearing from the wild forever, there’s still more to be done—and Doutzen Kroes shows no signs of stopping.

If we educate people about the crisis, if we share more stories and make this bigger, I feel positive that African elephants will be here for our children to see in the wild. We have to stay hopeful for the future, always.
Doutzen Kroes

A: What are some of the successes so far, and what are some things that people can do to help?

D: A big success was the #knotonmyplanet campaign. You can see in the news that people are starting to react so strongly against ivory poaching and trophy hunting. People are so passionate about this subject, everybody loves elephants. We need to continue to teach people around the world that ivory should not be a luxury item—the demand has to stop. That’s why one of our slogans is, “It’s human greed that takes the Ivory, but it’s also human generosity that can change it.”

A: How has being a part of this initiative changed your life? I know the first time I traveled to Africa, I worked so hard to go, and it was everything. It was raw but beautiful. Every time I go back it cleanses my soul in a different way.

D: David and Trish encouraged me to meet everyone from Save the Elephants, along with Iain Douglas-Hamilton, a pioneer of elephant research. They kind of warned me—they said, “Your life will change forever.” And it totally did! #knotonmyplanet has taken over my life and has given me a purpose. I’m connecting with people in the fashion industry for a reason, to get them to be a part of our campaigns, and I’m giving back. It’s fulfilling and it makes me happy that I can do something for the better.

A: I think that’s your and my purpose, to give products and causes creating positive change a platform through retail and fashion. The voice we can give brands that are doing things in a more sustainable way, supporting the positives, it’s so important. People want to make a difference with their dollars, to consume in a way they know is making positive change. What’s your ultimate goal for #knotonmyplanet?

D: The ultimate goal is that we don’t have to save the elephants anymore and we can move on to help other endangered species. Then we’d have to change our logo! But hopefully one day #knotonmyplanet isn’t necessary. That’s the dream, so we can all travel to Africa and enjoy wildlife peacefully. 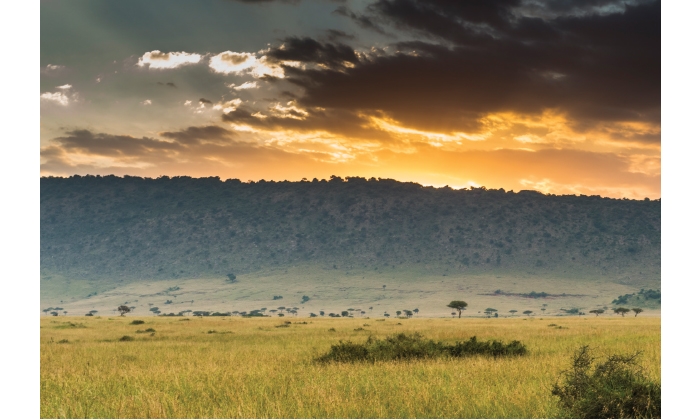 Alexandra: I could watch elephants in the wild for hours, I find them mesmerizing and it puts me and who we are on this planet into perspective. Tell me about how you felt when you first experienced an elephant in the wild.

Doutzen: My first experience was actually with my family—we went to Kenya, to Samburu, and we watched elephants, like you, for hours. You can see they’re such complex animals. Their emotions are so close to human. You see this huge animal, but when you look them in the eyes they’re magnificent and charismatic. When I learned about the elephant crisis, my agent and I were like, “What do we do? Let’s take action on social media and spread awareness.” That’s how #knotonmyplanet started.

A: What do you want the initiative to achieve?

D: #knotonmyplanet began as a one-time call to action. We wanted to raise awareness about the fact that up to 30,000 elephants are killed each year—one every 15 minutes. Now we're creating a fashion coalition to raise funds for the Elephant Crisis Fund, which supports the best efforts from a coalition of organizations. Tiffany & Co. created their Save the Wild collection and have already raised more than $1.5M for the ECF. We want the fashion industry to be an example, and maybe one day we will no longer speak of an ivory crisis.

A: Tell me a little bit more about the Elephant Crisis Fund and how it ties into #knotonmyplanet. What attracted you to this cause?

D: When I was on safari at the Elephant Watch Camp, I visited their research center and learned that Save the Elephants had teamed up with the Wildlife Conservation Network to create the Elephant Crisis Fund. All of the money raised by the ECF goes straight to the projects where it’s needed most. The ECF can respond to crises and deliver funds in as little as 24 hours, and nothing goes towards overhead. It’s a great example for other non-profit organizations.

A: Through all of your incredible work with #knotonmyplanet and the Elephant Crisis Fund, what have you learned and what would you like to share with people?

D: I’ve learned that the ECF has funded over 170 projects across Africa, which has successfully led to a decrease in elephant poaching. But there’s still so much to be done. They need money to fund military and drone protection, which can be very time-consuming and dangerous. For example, for one of the big tuskers, they can require 24-hour protection. 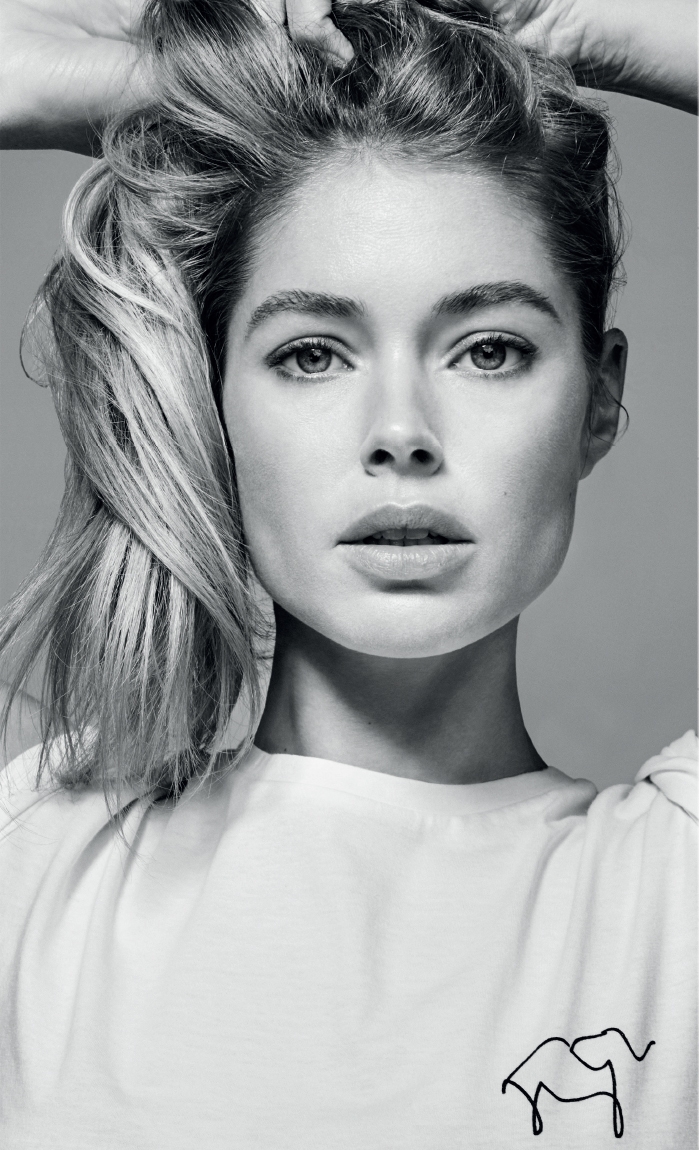 Tying a knot for #knotonmyplanet

To bring deeper meaning to our Spring 2018 campaign, Holt Renfrew launched four big charitable initiatives to help save the elephants through support of the Elephant Crisis Fund.

Together, these initiatives raised over $250,000 for the Elephant Crisis Fund and helped give our world’s gentle giants a fighting chance.